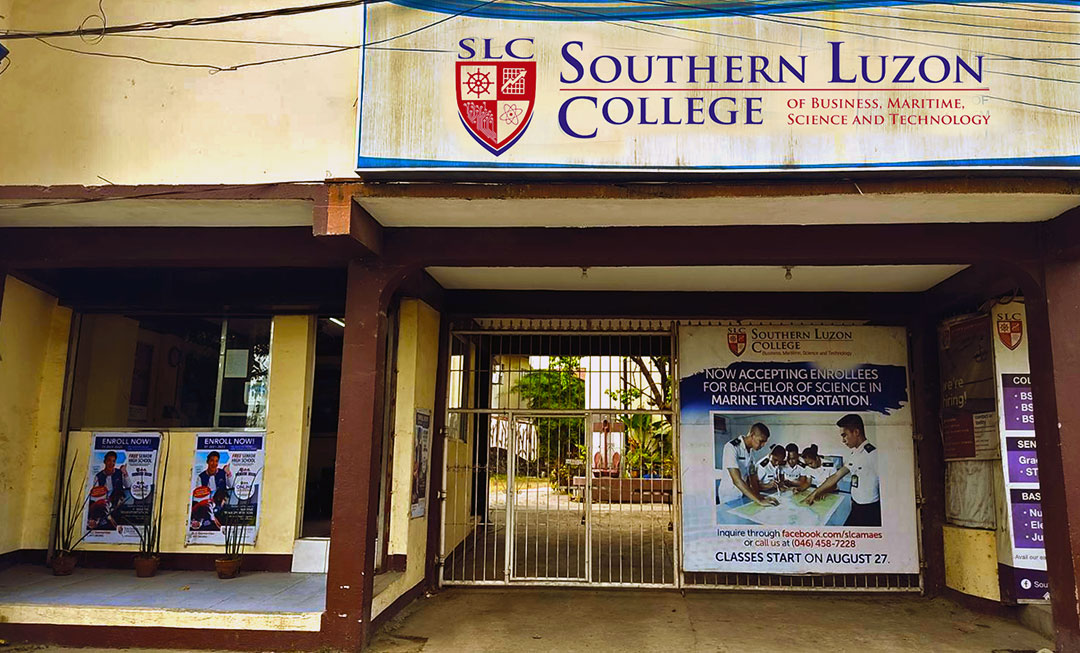 The Southern Luzon College of Business, Maritime, Science and Technology envisioned to be an excellent learning institution at the heart of CALABARZON that offers quality education to empower the future leaders and manpower of the world

Guided by the vision, the institution will educate, train and ultimately develop globally competitive and world-class graduates. Establishing networks and linkages with stakeholders; maintaining close coordination with the government accrediting agencies and prompting the institution core values namely:

AMA Education System (AMAES) is the largest educational network in Asia with over 200 campuses in the Philippines and abroad. AMAES is a member of the AMA Group of Companies. It is the company that manages and operates the following schools in the Philippines:

In 1980, Ambassador Amable R. Aguiluz V, also known as the Father of Computer Education in the Philippines, saw the demand for fully trained computer professionals; however, during that time, no institution in the Philippines offered professional computer education. Knowing the impact of technology in the industry and how it will drive progress, Ambassador Aguiluz responded to the demand and decided to put up a school that will offer computer education; hence, AMA Institute of Computer Studies was founded and eventually led to the establishment of AMA Computer College, which was the first to offer courses in Computer Science and Computer Engineering.

Aside from being the first to offer IT courses in the Philippines, AMA College was also the first to:

A few years after AMA College was founded, Ambassador Aguiluz decided to start a new endeavor by setting up new schools that will specialize in specific fields such as business, technical IT skills, healthcare and hospitality. It was eventually realized when he established AMA Computer Learning Center, ACLC College, ABE International Business College and St. Augustine School of Nursing. In order to efficiently manage AMA College and its sister schools, AMA Educational Systems Holdings, Inc. was established, which is now the company that manages the education business of AMA Group of Companies.

Aligned to its reputation of being the largest educational network in Asia, AMAES recently acquired the following schools in order to strengthen the organization’s reputation and fulfill its goal of providing quality education for all:

AMAES continues to expand its reach and increase its global footprint by setting up schools not only in the Philippines, but also in other countries. Here are the schools under AMAES that are already operating in other countries to date: